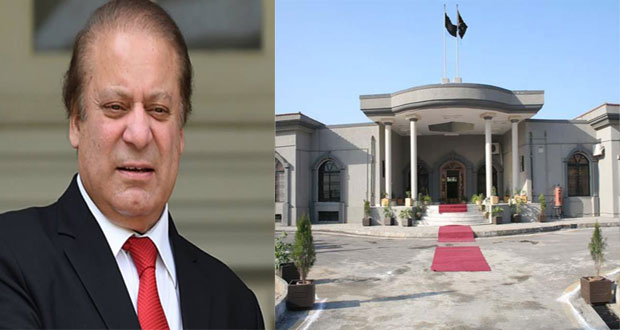 ISLAMABAD: The National Accountability Bureau (NAB) Saturday opposed release of the former prime minister Mian Nawaz Sharif on medial ground, saying that Nawaz’s ailment was not life-threatening.
The NAB submitted its reply on the Nawaz Sharif’s plea in Islamabad High Court (IHC) for his release on medical ground. The NAB requested the high court to reject the petition of the former prime minister.
In a detailed reply submitted to the IHC in response to Sharif’s plea, the anti-graft watchdog states that the petition at hand is the third one seeking relief on the grounds similar to previous ones and therefore, is not maintainable and liable to be dismissed with exemplary costs.
Quoting a Supreme Court verdict in a similar matter, it contends the apex court had laid down principles for the grant of bail according to which bail be granted in “extraordinary circumstances and in cases of extreme hardships only which entails serious ailments endangering the petitioner’s life.”
“According to medical reports compiled by the special medical board of the Sharif Medical City, the petitioner is suffering from two alleged ailments, including Lymphadenopathy and Renal Artery Stenosis causing hypertension,” reads the reply.
“It is pertinent to mention that the ailments are not life threatening during incarceration of the petitioner where necessary medical treatment is being provided.”