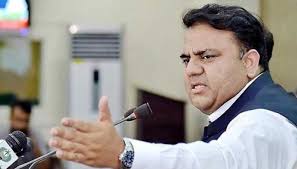 “With such a recovery, the volume of corruption in the country could be gauged easily as how the past rulers had looted the country and Sindh,” Fawad said on Twitter.

“The actual volume of corruption in the fake account case was whopping Rs5,000 billion,” he added.

In September 2020, an accountability court in Islamabad indicted the former president, his sister Faryal Talpur and other accused in the mega-money laundering reference pertaining to the fake accounts case.

Zardari is facing multiple corruption cases that had stemmed from a mega-money laundering scandal, which came into limelight in 2018. The former president, Faryal and several of their business associates are being probed as part of a 2015 case regarding fake accounts and fictitious transactions — which were initially found to have totalled Rs35 billion — conducted through 29 ‘benami’ accounts.