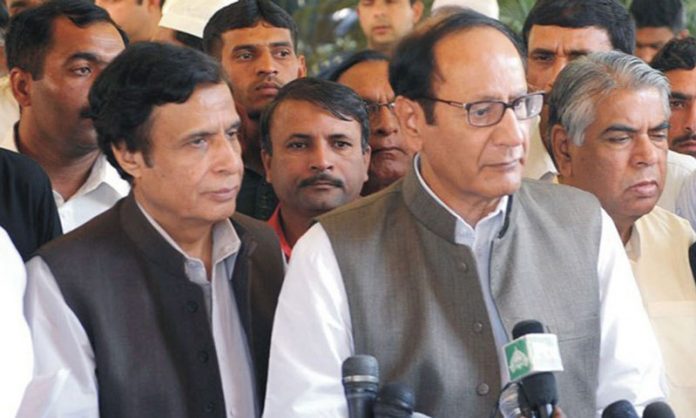 LAHORE: The National Accountability Bureau (NAB) has reopened case pertaining to assets beyond known means against Chaudhry Shujaat Hussain and Chaudhry Pervaiz Elahi.
The cases has been reopened by National Accountability Bureau’s Lahore office which has summoned Chaudhry Shujaat Hussain and Chaudhry Pervaiz Elahi on November 6 .
The NAB has asked both the leaders of the Pakistan Muslim League-Q to provide the details of their assets and means of income.
The NAB recently filed a similar reference against Finance Minister Ishaq Dar in a an accountability court in Islamabad.
The court has indicted the ruling party leader and summoned his sons on Thursday .