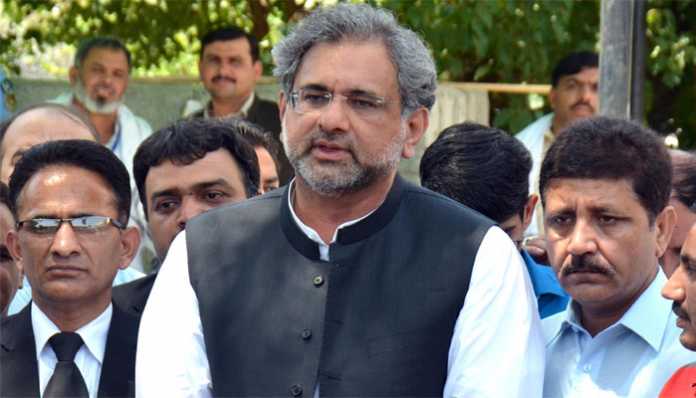 ISLAMABAD: National Accountability Bureau (NAB) on Friday has once again sought time from accountability court for filing liquefied natural gas (LNG) supplementary reference.
According to details, the indictment proceedings against Pakistan Muslim League-Nawaz (PML-N) leader Shahid Khaqan Abbasi have been deferred till registration of supplementary reference.
The court has strictly directed the anti-graft watchdog to file the reference till August 6.
While talking to media after the hearing, Shahid Khaqan Abbasi said all the allegations against him are baseless and that NAB is only being used to pressurize the politicians.
Prime Minister (PM) Imran Khan has failed to run the country in smooth way, he added.
In June 2018, the NAB approved inquiry against former premier Nawaz Sharif and Abbasi, who was the former minister for petroleum and natural resources at that time, in granting contract of LNG terminal for 15 years to their ‘favourite’ company.
It was also observed that this contract had allegedly caused a loss of billions of rupees to the national exchequer.
In January, the NAB interrogated former finance minister Miftah Ismail in the same case.