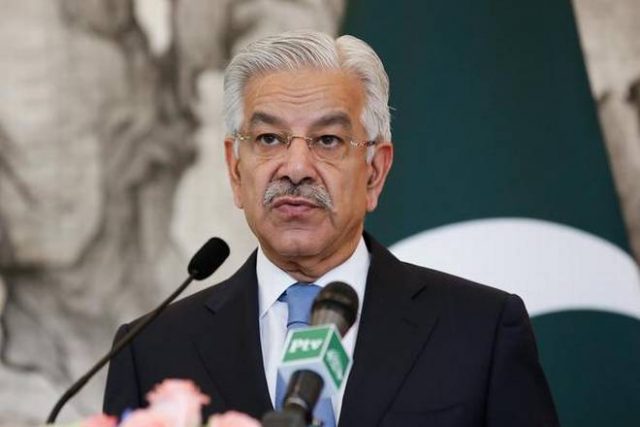 LAHORE: The National Accountability Bureau (NAB) on Thursday (today) summoned Pakistan Muslim League-Nawaz (PML-N) senior leader Khawaja Asif’s wife and son Asad Asif for interrogation of alleged corruption in Sialkot Housing Scheme.
According to details, wife and the son of Khawaja Asif have been asked to appear for the interrogation before the NAB’s Lahore chapter today.
Former Sialkot Mayor Chaudhry Tauheed Akhtar has also been summoned by the anti-corruption watchdog today and all the accused have been alleged of embezzlement of funds in the housing scheme.
The residents of Sialkot had submitted pleas against the aforesaid suspects for committing alleged fraud.
Earlier, on March 29, the corruption watchdog had summoned the former federal minister on April 2 to record his statement in a probe into a complaint against him for assets beyond known sources of income.
The bureau had asked Khawaja Muhammad Asif to bring the relevant record of his assets in the country and abroad. The Executive Board of the NAB approved an inquiry against him last year.