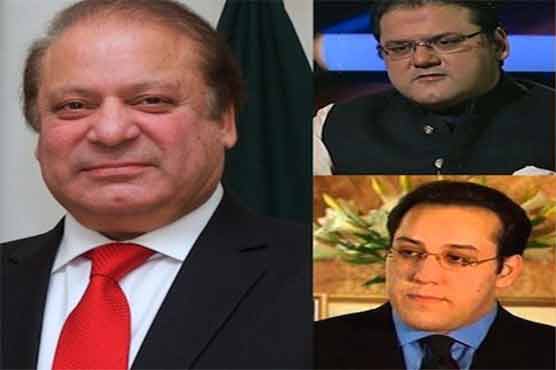 ISLAMABAD: The National Accountability Bureau (NAB) has issued summons to former Prime Minister Nawaz Sharif and his sons, Hassan Nawaz and Hussain Nawaz for investigation, sources claimed on Wednesday.
A team from Rawalpindi NAB will record statements of the former prime minister and his children in NAB’s Lahore office. It has told that they will be questioned over Azizia Steel Mills case.
Sources told ex-PM and his sons have been summoned at NAB’s Lahore office. Although a team of Rawalpindi NAB officials will record their statements, the Sharif family members will stay in Lahore as the team will travel to Punjab’s provincial capital. NAB has been preparing references on the orders of Supreme Court in Panama case verdict.
According to well-informed sources, the NAB notice was signed on August 11 and the trio were asked to present themselves in person rather than sending their respective counsels.
It should be mentioned that Nawaz Sharif had submitted review appeals in the top court against the verdict of disqualification, attaching documents of Capital FZE salary and UAE Iqama (work permit). His lawyer reasoned that a stay order should be issued on Panama case decision until review petition is ruled, questioning the jurisdiction of the five-member bench after dissenting notes by two of the judges. Supreme Court had disqualified Nawaz Sharif in Panama case verdict on the basis of his non-withdrawn salary, considering it part of his assets.