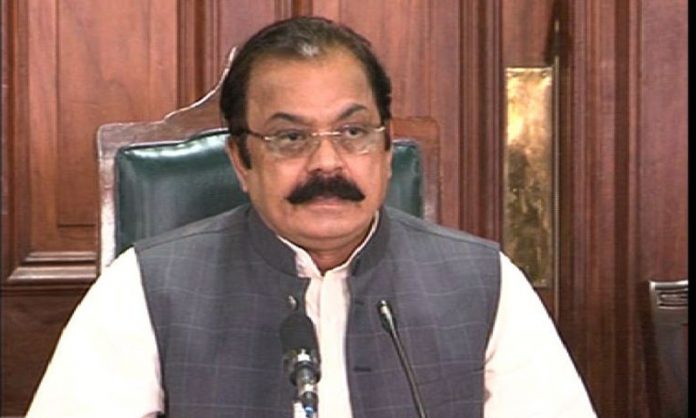 LAHORE: A joint investigation team of the National Accountability Bureau (NAB) has been tasked to interrogate Pakistan Muslim League-Nawaz (PML-N) legislator Rana Sanaullah on February 19 in assets beyond means case.
Sources familiar with the matter told the media on Saturday that the former provincial lawmaker has been noticed to bring along details of the assets owned by his family members.
Moreover, Mr Sanaullah has been asked to further clarify the filing of the assets submitted by him on Jan. 2 at the bureau’s headquarters in Lahore.
That day, the PML-N leader was quizzed by a three-member investigation team with accusations that he owned assets more than his income.
Later, he was again summoned on Feb. 3 in the same case while being asked to submit documents of the lands and the farmhouse he owned.
Mr Sanaullah was also directed to fill a required form for the assessment of the assets in the same case to clearly point out whether his assets increased or decreased on an annual basis.
On the other hand, the PML-N stalwart has been demanding Federal Minister for Narcotics Control Shehryar Afridi to present the video in the court that the latter had claimed of on the floor of the National Assembly accusing the former in a narcotics case against him.