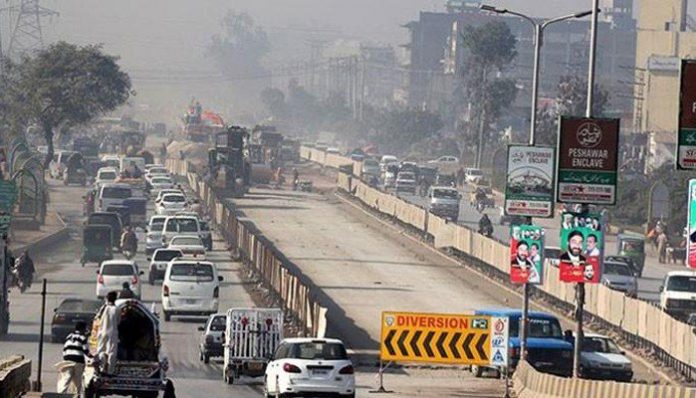 ISLAMABAD: The National Accountability Bureau (NAB) Chairman Justice (retired) Javed Iqbal on Monday took notice of alleged corruption and delay in completion of Peshawar Bus Rapid Transit project and ordered investigation into the matter.
While taking notice of alleged corruption in Peshawar Metro Bus project, Chairman NAB ordered investigation into the matter.
The anti-corruption body in a press release said that the cost of the project has increased from Rs49 billion to Rs64 billion but the project hasn’t completed.
The Bureau will determine those responsible for the delay in the completion of the project and the responsibility of increase in cost.
On the other hand, the anti-graft agency has also initiated probe against three key departments of Khyber Pakhtunkhwa after the PTI-led government completed its tenure.
Corruption worth billions of rupees in the biometric system has also been revealed in KP.
The NAB Chairman has ordered the Bureau’s KP DG to probe into the matter.