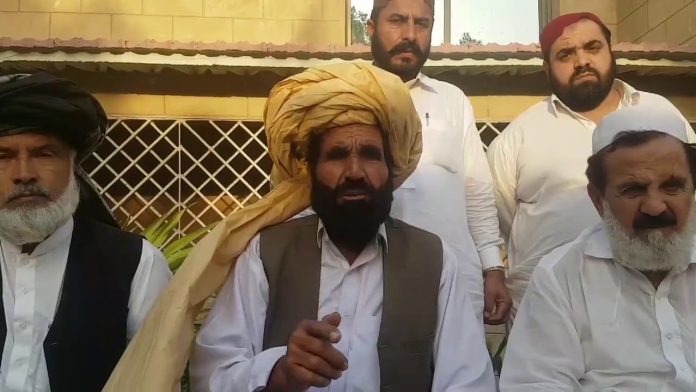 ISLAMABAD: The father of Naqeeb Ullah who was allegedly killed extra-judicially in an encounter led by Rao Anwar on Wednesday thanked the apex court for dispensing justice after the fugitive former SSP Malir Rao Anwar appeared before the court today and said that they were hopeful of justice to be served from the apex court.
Talking to media after the court ordered arrest of Rao Anwar, he said that the media, masses and all other people were grieved over the death of his son Naqeeb Ullah and now after the arrest of Rao Anwar, justice would likely be served in the case.
He said that Naqeeb was the son of the country and all the institutions of the country are their pride and they are peaceful people and do not want to harm anyone.
Faisal Siddiqui, who is the counsel of Naqeebullah’s father, said on Wednesday that the Supreme Court’s order regarding the formation joint investigation team (JIT) to probe case did not mention any time frame.
“That court has ordered that the JIT will only include personnel of Sindh police department,” he said.
“The court has directed the Sindh police to ensure its [JIT’s] security as well as ensure that elders such as Naqeebullah’s father are not threatened directly or indirectly.”
Regarding the case proceedings, Siddiqui said: “for the time being, his [Rao Anwar’s] legitimate accounts have been unfrozen and contempt proceedings against him have been dropped.”