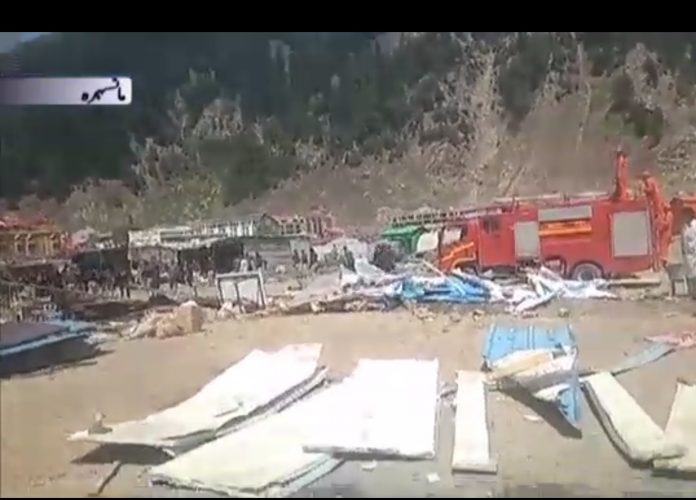 At least 50 people have been arrested for opening gunfire at the police during an anti-encroachment operation in Naran on Thursday. The Balakot DSP and four other policemen were injured in the clashes, according to Hazara Commissioner Riaz Mehsud Khan.

“On Thursday, when the police and officials of the Kaghan Development Authority reached the site, some people inside hotels fired at us,” he said. The anti-encroachment operation began on the orders of the Peshawar High Court.

“Over 6,000 cabins and shops, and 28 hotels have been constructed in the markets of Naran and Abbottabad,” the commissioner said.

Encroachments from Lake Saiful Muluk have been removed and notices have been issued to over 215 hotels from Balakot to Naran, Khan revealed. Illegal rafting in River Kunhar will soon be halted as well. PM Imran Khan recently announced multiple development projects for Naran and Kaghan.

These projects include tree plantation on the banks of Kunhar River, distribution of motorbikes among Community River Rangers, raising trout fish in Kunhar River, provision of 5.5 million eco-friendly biodegradable bags, and emergency response service for tourists, and delivery of machinery and equipment for waste collection.