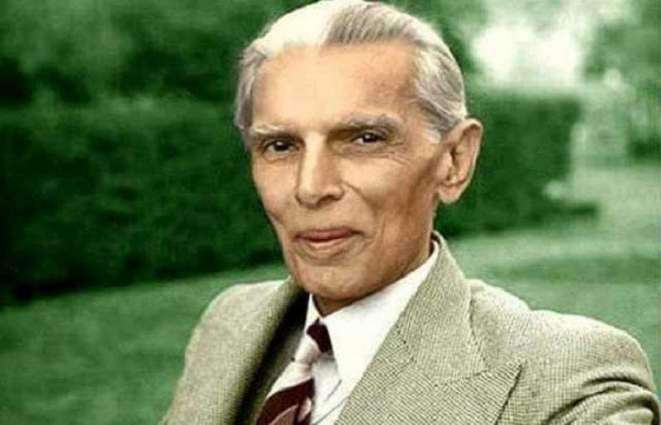 ISLAMABAD: The nation is celebrating 143rd birth anniversary of Founder of the Nation Quaid-e-Azam Muhammad Ali Jinnah today (Wednesday) with traditional zeal and renewed commitment to work hard for progress and prosperity of the country.
Public holiday has been declared at all the government institutions and educational institutions and the national flag is hoisting atop all public and private buildings.
The day dawned with Qur’an Khawani at the Quaid’s mausoleum in Karachi. An elegant change of guards ceremony was held at the Mazar-e-Quaid where Pakistan Military Academy (PMA) cadets assumed the guards’ duties.
Commandant PMA Major-General Muhammad Ali was the chief guest and inspected the contingent comprising male and female cadets.
Major-General Muhammad Ali offered Fatiha, laid a wreath of flowers and recorded his impressions in the visitor’s book. President Dr Arif Ali and Prime Minister Imran Khan’s messages were also read out on the occasion.
Special programmes are being held across the country to shed light on the Quaid’s struggle for creation of Pakistan and to highlight his guiding principles of unity, faith and discipline.
Public and private organizations and educational institutions are holding functions to highlight different aspects of the life of Quaid-e-Azam. People from various walks of life are visiting the mausoleum of Quaid-e-Azam to pay homage to the founder of Pakistan.
Quaid-e-Azam Muhammad Ali Jinnah was born on December 25, 1876 in Karachi. He served as leader of the All-India Muslim League from 1913 until Pakistan s independence on 14 August 1947.
Quaid-e-Azam, literally ‘the great leader’, heroically fought for the right to self determination for Muslims of the subcontinent. His leadership, advocacy and faith led to the creation of what was deemed impossible at the time, Pakistan.
President Dr Arif Alvi in his message on the occasion said that today marks as a special day in the history of our homeland. For today, we witnessed the birth of a great leader, a leader who changed the geography of this continent and gave us our Motherland, our very own Pakistan.
He said Quaid-e-Azam Muhammad Ali Jinnah was a visionary man who had envisaged the separate identity, needs and political direction of the Muslims of the subcontinent, adding that the acumen of his foresight and vision can be witnessed even today with the prevailing conditions in India and Indian occupied Kashmir.
The President said Pakistan is a resilient Nation and we have with grace of Almighty Allah embarked upon the path to progress and development as envisaged by the Father of the Nation. He said today, by paying homage to this great leader, we should stand united and re-affirm our faith in his teachings. Let’s make “Unity, Faith and Discipline” the bedrock for our future growth and progress. May Allah be with us. Pakistan Zindabad.
On the other hand, Prime Minister Imran Khan in his message on the occasion said that the entire nation is observing the birth anniversary of Father of the Nation Quaid-e-Azam Muhammad Ali Jinnah today with due reverence, adding that the Quaid personified impeccable integrity, exemplary character, selflessness and devotion to the cause of an independent homeland for the Muslims. His charisma inspired the Muslims of South Asia during the distressful times and circumstances.
He said that Quaid-e-Azam is amongst the great and visionary leaders of the Twentieth Century and has inspired millions across the world and the decisive freedom movement spearheaded by the Quaid is a manifestation of his political insight and sagacity, as well as his firm commitment to the ideals of democracy and rule of law till his last breath.
Imran Khan said the entire World is witnessing the perversion of the so called secular outlook of the Indian Constitution today with discrimination and brutal actions against different minorities especially Muslims, including the passage of Citizenship Amendment Act-2019 and its aftermath. Indeed, these developments have, again, vindicated the conviction of Quaid-e-Azam Muhammad Ali Jinnah that the extremist Hindus of India would never allow the Muslim minority to live with respect and dignity.
The prime minister further said this Day we must not also forget the oppressed people of Indian Occupied Jammu and Kashmir facing the worst human rights violations at the hands of the fascist RSS-inspired BJP government. Quaid-e-Azam had called Kashmir the “jugular vein” of Pakistan, and on this day we reaffirm our commitment that entire Pakistani nation stands united, solid as a rock, behind their Kashmiri brethren.
Khan said: “We are indebted to Quaid-e-Azam for enabling us to live freely and preserve our social, cultural and religious identity. We still have a long way to go to fully realize the ideals of our founding father and fulfill the purpose for which our forefathers rendered innumerable sacrifices. We can achieve all these objectives while rededicating ourselves to the guiding principles given by the Father of the Nation. The best way to pay homage to the Quaid on his Birth Anniversary is to adhere to his principles of Unity, Faith and Discipline which are beacon of light for us for making Naya Pakistan – the truly Quaid’s Pakistan.”