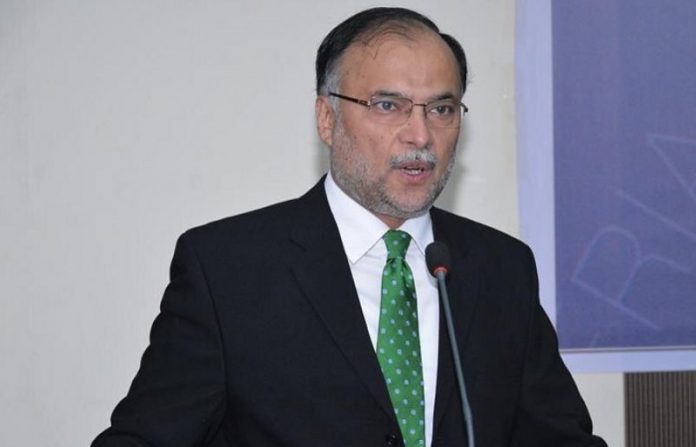 PESHAWAR: Interior Minister Ahsan Iqbal has said that terrorism has been eliminated from the country as a result of Operation Zarb-e-Azb.
Addressing a function at Scouts Training Academy near Peshawar today (Thursday), he said the whole nation and the security forces worked day and night for elimination of terrorists from the country.
Ahsan Iqbal lauded the role of security forces for restoration of peace and stability in the country.
He said peace is the pre-requisite for development of the nation.
The Interior Minister said the national economy has been improved and this has been acknowledged at the international level.