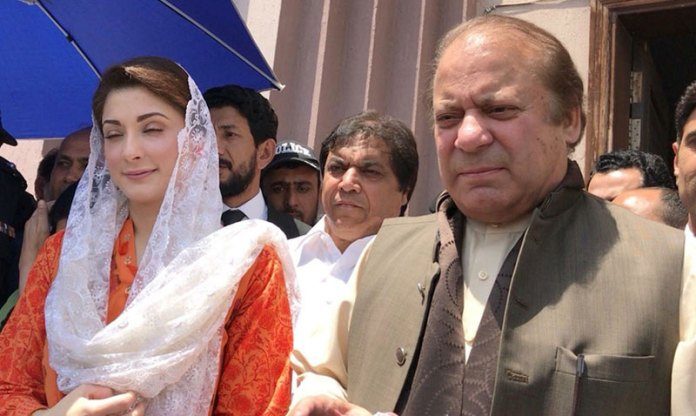 ISLAMABAD: The Accountability Court on Thursday rejected exemption please of former prime minister Nawaz Sharif and his daughter Maryam Nawaz in three references against Sharif family filed by National Accountability Bureau (NAB).
Earlier in the hearing, Nawaz Sharif and his daughter Maryam Nawaz had sought five-day exemption from personal appearance before the court.
Nawaz and Maryam sought exemption from June 11 to June 15 stating that they wanted to travel to London to inquire after the health of Kulsoom Nawaz.
However, NAB prosecutor opposed the pleas saying that two accused Hasan Nawaz and Hussain Nawaz are already in absconding in the case.
He prayed to the court to reject exemption please of Nawaz and Maryam saying they might flee the country as the case entered the concluding phase.
The court then reserved the verdict which was announced later.