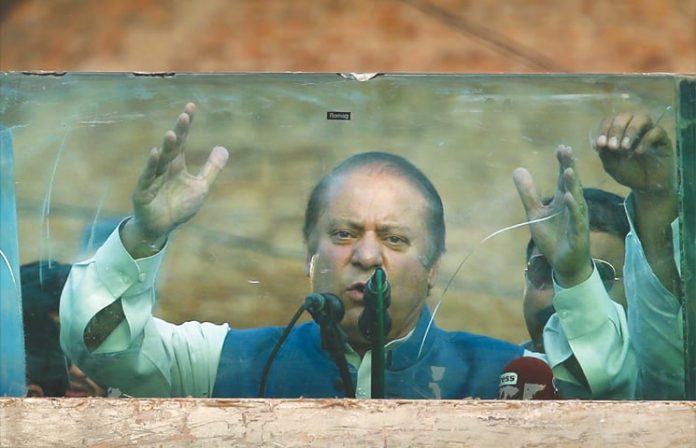 QUETTA: Former prime minister Nawaz Sharif will address a rally of Pakhtunkhwa Milli Awami Party at Quetta’s Ayub Stadium today.
The preparations for the rally have been completed with arrangements . The chairs and stage have been set for the rally and posters of Pashtunkhwa Milli Awami Party and Pakistan Muslim League-Nawaz have been put up. According to PkMAP, about 30,000 chairs have been arranged for the public meeting.
The people are expected to gather at the stadium around 12PM and Nawaz Sharif’s arrival is expected to arrive in Quetta around 2PM. The former prime minister have already left for Islamabad, from where he would flew to Quetta.