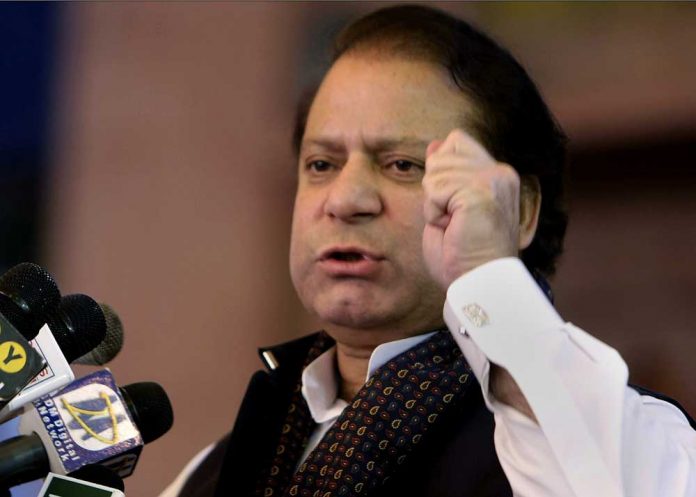 ISLAMABAD: Adviser to Prime Minister on National History and Literary Heritage Irfan Siddiqui Sunday said President of Pakistan Muslim League-Nawaz Muhammad Nawaz Sharif is all set to launch a full-fledged mass-contact drive by next Sunday.
Talking to the state television talk show, he strongly rejected the news reports spreading rumors of Nawaz Sharif’s possible exile, saying that Nawaz Sharif stands tall and would continue doing so.
Responding to a question about the ongoing visit of Nawaz Sharif and Shehbaz Sharif to Saudi Arabia, he said those spreading such propaganda in fact desired to make news out of their wishful thinking without knowing that the leaders living in the hearts of the people can neither be exiled nor disqualified. Those feeling themselves inferior to Nawaz Sharif can utter anything they desire, he added.
He said Zulfikar Ali Bhutto was still a political reality despite passage of several decades of his execution.
“Nawaz Sharif is going nowhere. The news report of British magazine is just a feeler carrying no truth,” Siddiqui remarked.
He said the ouster of Nawaz Sharif despite having a heavy public mandate was tragic happening and the continuation of the 70-year tradition was unfortunate.
Siddiqui said around two dozen prime ministers were not allowed to complete their constitutional terms due to varying reasons.
He said Nawaz Sharif was removed from the prime ministerial slot thrice, through presidential order, martial law and court verdict respectively.
He said this time Nawaz Sharif was not disqualified on charges of corruption, money laundering, factories, flats or any financial embezzlement but for not receiving a meager receivable salary from his son’s firm. …APP