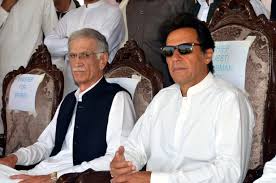 He made these remarks while addressing a gathering also attended by Chairman of the Standing Committing of National Assembly on Energy Imran Khattak, Member Provincial Assembly Idrees Khattak, provincial assembly constituency PK-63 candidate Mian Umar Kakakhel and others.
Alleging that the 11-party Pakistan Democratic Movement leaders had committed a huge corruption when in power and now they were trying to save their skin, he said that the incumbent government would fight them single-handedly. He further said that the National Accountability Bureau is tightening noose against Maulana Fazlur Rahman to hold him accountable for accumulating assets through alleged corruption.