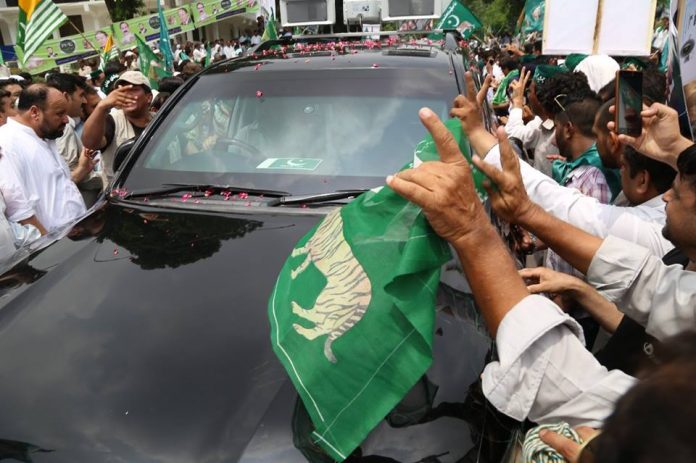 MURIDKE: Former prime minister Nawaz Sharif’s convoy has reached Kamoke after leaving Gujranwala for Lahore on the fourth day of his GT Road rally.
The former prime minister was accorded warm welcome on arrival at Kamoke.
Ravi Road, all the way from Shahdara to Daata Darbar, was closed to traffic from 9am onwards ahead of Nawaz’s arrival in Lahore.
Nawaz’s cavalcade, on its way to Lahore, would pass through Kamoke and Muridke, where supporters would greet the former PM.