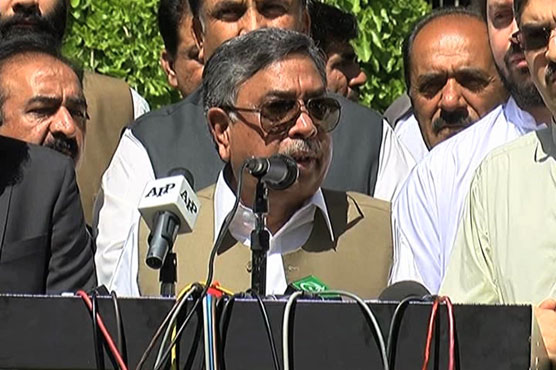 QUETTA: The dissident members of Pakistan Muslim League-Nawaz (PML-N), independent senators and the Chief Minister Balochistan Mir Abdul Quddus Bizenjo have formed a new political party.
The announcement to form Balochistan Awami Party was made in a press conference here on Thursday.
According to media reports, Senator Anwar-ul-Haq Kakar has been appointed as the central spokesman of the party.
The party leaders have vowed to work for the progress and prosperity of Balochistan.
The party will be registered with the Election of Commission of Pakistan (ECP) once its office-bearers have been chosen.