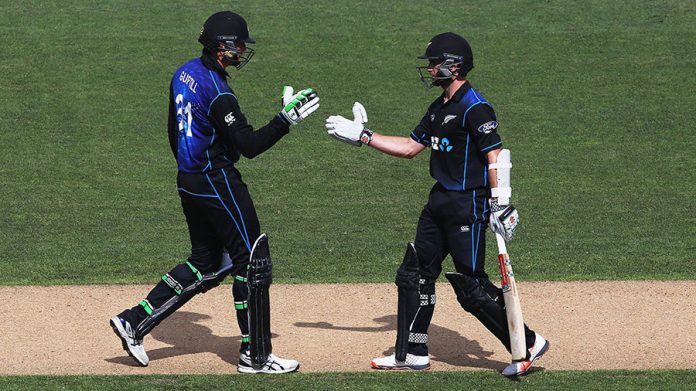 NELSON: New Zealand hunted down D/L revised target of 151 with seven balls to spare in the second one-day international against Pakistan in Nelson on Tuesday.
Mohammad Hafeez, Hasan Ali and Shadab Khan carried Pakistan to 246 for nine batting first against New Zealand, thanks to their fifties; however the half centuries went in vain.
After rain interrupted the match, the second inning was reduced to 25 overs and revising down the target to 151.
Martin Guptill remained not out at 86 and Ross Taylor at 45.
After winning the second match, New Zealand now leads the five-match ODI series 2-0.