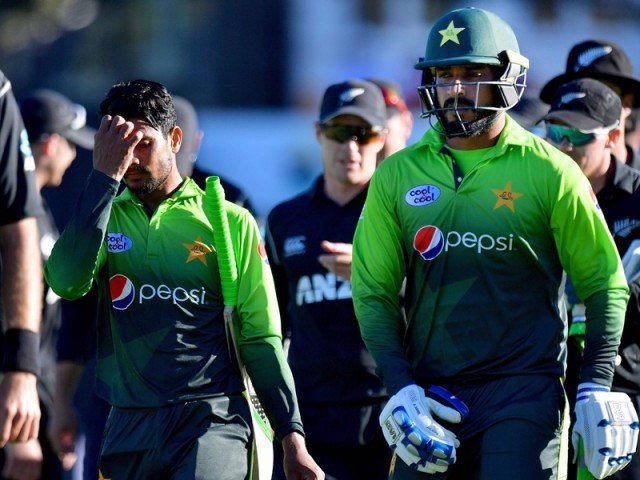 WELLINGTON: New Zealand is weighing up playing cricket in Pakistan for the first time in 15 years after an invitation from the south Asian nation’s cricket board.
New Zealand have not played in Pakistan since 2003 due to security concerns but had been asked to play Twenty20 matches in the country later this year, governing body New Zealand Cricket said.
“NZC has received a request from the PCB chairman for New Zealand to play in Pakistan,” an NZC spokesman said.
“At the moment NZC is doing due diligence on the request and consulting with security providers, the government, and the players.
“We will respond to the PCB when this process has been completed.”
The Black Caps are scheduled to play tests and one-day internationals against Pakistan in November at the United Arab Emirates, the country’s designated ‘home’ base.
No dates have been issued for those matches but the spokesman said they would be played in the UAE.
Pakistan has remained largely starved of international cricket since the 2009 attacks on a bus carrying Sri Lanka’s team in Lahore, which wounded six players and a British coach, and killed eight Pakistanis.
But Sri Lanka returned to the country for a Twenty20 match in Lahore in October and West Indies played a recent T20 series in Karachi.
New Zealand abandoned their last test tour of Pakistan in 2002 after a bomb exploded outside their Karachi hotel but returned to play an ODI series in 2003.
Pakistan media, citing an unnamed source in the national cricket board, reported that Australia had also been approached to play in the country.
Australia are scheduled to play tests and limited overs matches against Pakistan at the UAE later in the year, likely starting in September or October.
Cricket Australia declined to confirm the approach but said their next series against Pakistan would remain in the Middle East.
“The safety and security of Australian players is our number one priority,” a CA spokesman said.
“From an Australia team perspective, we are not contemplating moving our current bilateral-tour arrangements from taking on Pakistan in the Middle East, when they host the next series.”