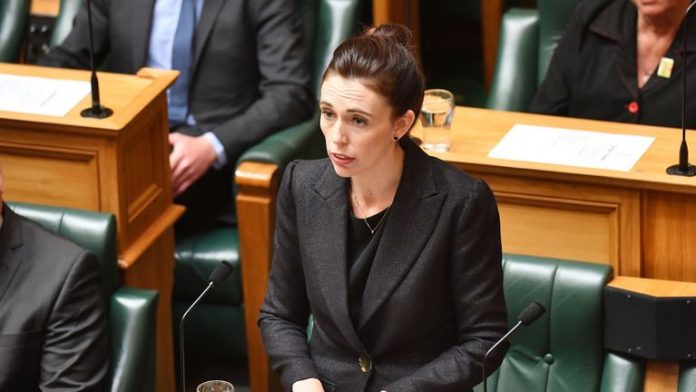 CHRISTCHURCH: New Zealand Prime Minister Jacinda Ardern on Tuesday paid tribute to Pakistani man Naeem Rashid, who embraced martyrdom in an attempt to prevent the Australian terrorist from entering the Al Noor Mosque at Christchurch in New Zealand.
Expressing solidarity with the Muslims, Jacinda Ardern promised the grieving New Zealanders that the Australian terrorist, who killed 50 worshippers in a brutal assault on two mosques in Christchuch, will face the “full force of the law”.
She started her address to the Parliament with Muslim greeting, Assalam-u-alaikum (Peace be unto you), saying Naeem Rashid has laid down his life to save lives of worshippers gathered inside the mosque.
Condemning such a heinous act of terrorism, New Zealand Premier said:”He sought many things from his act of terror, but one was notoriety — that is why you will never hear me mention his name,” she said. “He is a terrorist. He is a criminal. He is an extremist. But he will, when I speak, be nameless.”
Leaders from around the world have condemned the massacre at two New Zealand mosques, calling to halt the spread of Islamophobia.