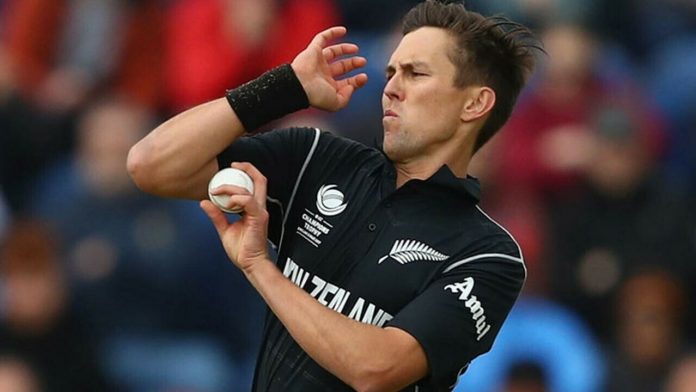 Trent Boult, one of New Zealand’s top pacer, might not play in the historic visit of Pakistan.

This is so that the pacer may spend more time with his family and be ready to play in the domestic competitions, for which he has asked New Zealand Cricket to release him from the central contract.

This means, the pacer might not board the aircraft but rather participate in the forthcoming T20 league in the UAE.

The International T20 League will be taking place at the same time that the Blackcaps are touring Pakistan.

Boult will play for MI Emirates in the UAE International T20 League (ILT20) at the same Blackcaps will feature in three ODIs and two Tests in Pakistan.

MI Emirates confirmed their squad ahead of the inaugural edition. The squad based in Abu Dhabi includes a bunch of star players, including the likes of renowned West Indies players Kieron Pollard, Dwayne Bravo, Nicholas Pooran, and Trent Boult.