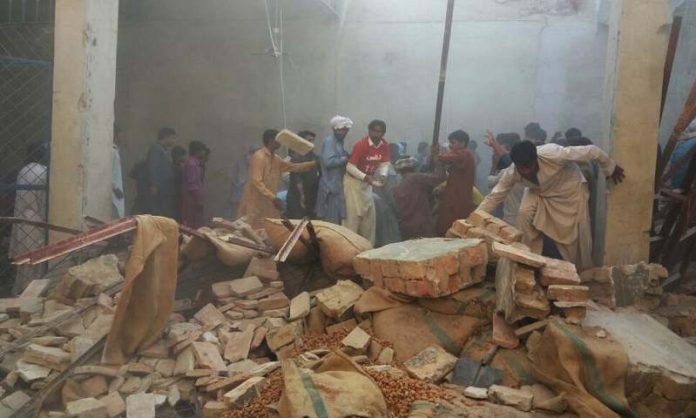 SUKKUR: At least ten people, including two minor girls and six women, were killed when the roof of a warehouse collapsed at a local dates market in Rohri on Wednesday.
The incident occurred at Agha Qadirdad Agricultural Market where over 80 labourers were present at the warehouse. Four of the deceased belong to the same family, they added.
Edhi and other rescue organisations are being assisted by the security forces in carrying out rescue efforts, while the death toll is expected to rise as a large number of labourers are still trapped under the rubble.
According to initial reports, a large number of date sacks were being stored on the roof off the warehouse when a blast occurred in a placed below.