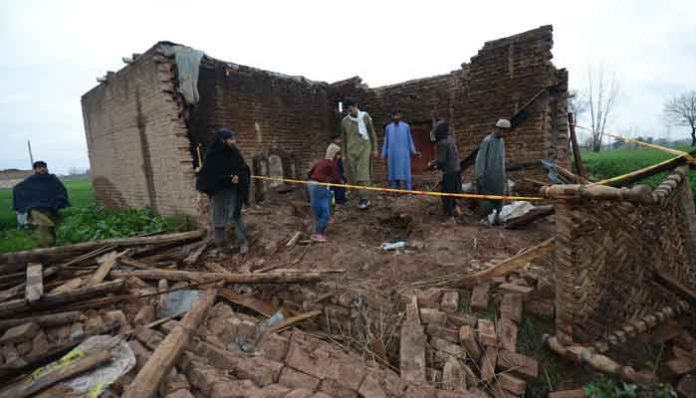 PESHAWAR: At least 9 persons were killed and 11 sustained injuries in various incident caused by recent rains in different parts of Khyber Pakhtunkhwa (KP).
According to Provincial Disaster Management Authority (PDMA), at least 11 houses were partially damaged by the recent rains in various areas of the province, including Tank, Orakzai and Bunair.
PDMA sources also informed that three persons, including a woman, were killed and five other sustained injuries in rain-related incidents in Abbottabad. Four women were killed in Swabi and three other were injured.
Two children were killed in rain-related incidents in Dera Ismail Khan (DIK) while two children also injured in Mardan and one kid was wounded in Tank in similar incident.
PDMA has also directed the respective district administration to complete relief operations in the affected areas.