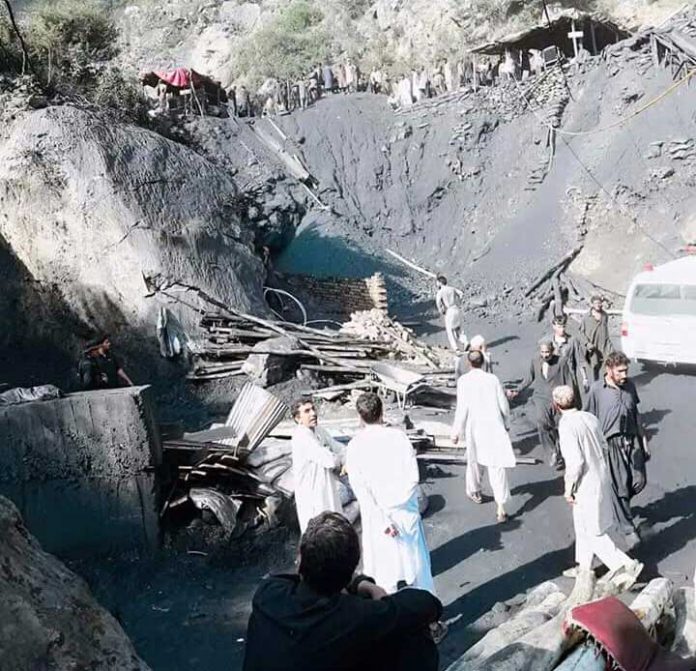 KOHAT: Nine laborers died when a coal-mine caved in Darra Adam Khel area of Kohat district on Wednesday morning. According to Kohat police, one laborer was rescued.

According to reports, gas produced from the coals filled the mine leading to an explosion which resulted in the collapse of a part of the mine.
Eleven labourers were trapped thousands of feet underground when the mine caved in.
However, rescuers have recovered the bodies of nine of the trapped labourers while efforts are under way to rescue the remaining two miners trapped inside the coal mine.
According to the Deputy Commissioner of Kohat Khalid Illyas, the incident occurred at 8am. He added, no is trapped under rubble.
Moreover, the deputy commissioner said, the three injured labourers who were rescued have been shifted to the hospital for medical treatment.
All the miners belong to Shangla district.