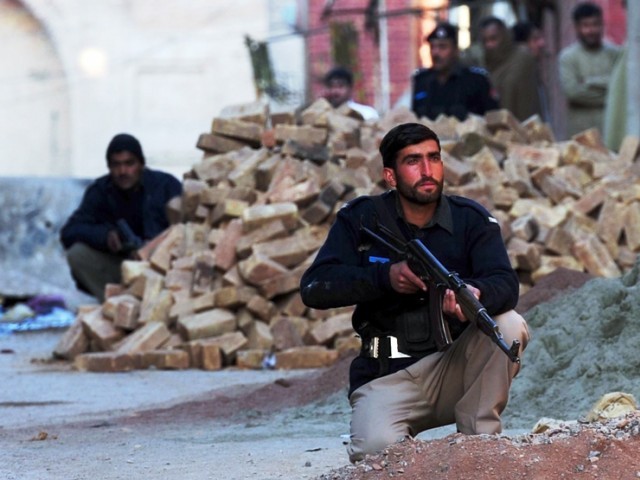 KARACHI: At least nine alleged terrorists were killed in an encounter with police in Karachi on Friday.
According to SSP Rao Anwar, on a tip off the police raided a house in Sohrab Goth. The inmates of the house opened fire at the raiding police party. During exchange of fire, nine terrorists including a suicide bomber were killed, the SSP said. One of the killed terrorist was identified as Razi Mohammad, who was involved in attacks on Rangers.