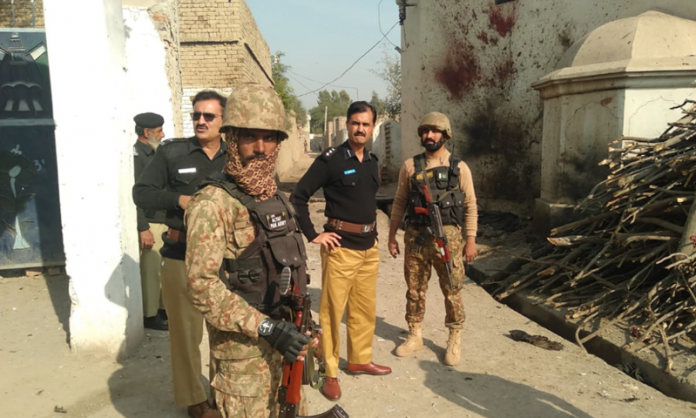 LAKKI MARWAT: A suicide bomber blew himself up in Khyber Pakhtunkhwa’s Lakki Marwat district on Thursday morning, police officials said.
There was no loss to life or property, they added.
District Police Officer Qasim Ali Khan said that there was a rally protesting the death sentence given to former military ruler retired Gen Pervez Musharraf for high treason as well as a polio team in the vicinity, adding that it was unclear who or what the bomber wished to target.
He said that investigations to ascertain the motives of the attacker have begun.
On the other hand, Lakki Marwat Deputy Commissioner Jehangir Azam Wazir said the polio team was at a distance of three kilometres from the blast. Though Wazir insisted that the attack did not target the anti-polio campaign, he added that it has been momentarily suspended and will be resumed once a security clearance is issued.
On Wednesday, two policemen, deployed on a security detail for polio teams, were martyred after unidentified assailants opened fire at them in Lower Dir. No officials from the polio vaccination team were hurt as they were at a distance from the firing, police said.