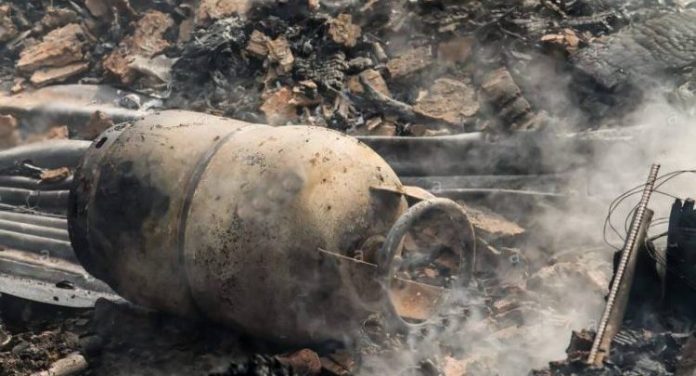 MIRANSHAH: At least 4 persons, including two children, lost their lives and seven others were injured in a gas cylinder blast inside a house in Mir Ali tehsil of North Waziristan tribal district on Saturday.

Rescue sources said the incident happened in Khadi village in Mir Ali where a gas cylinder explosion caused three deaths and seven injuries. The injured people were shifted to Mir Ali Hospital by the rescue personnel and local people.

Last week, four people were injured as a gas pipeline exploded in a bakery in Barisko area of Peshawar. The injuries to three persons were minor, while one person received serious injuries who was shifted to a nearby hospital.