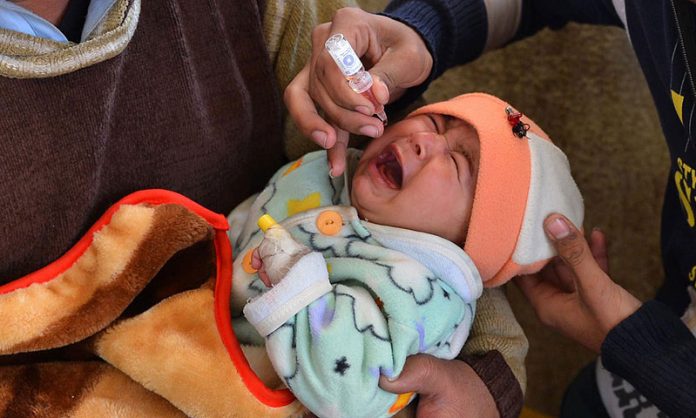 According to Health Department, one case was reported from Dosali area and the other from Mir Ali. The latest victims 12-month-old and 11-month-old infants in UC-1 and UC-7to be affected by poliovirus are boys.

According to a preliminary report, both cases showed that the children had never received vaccination during the routine immunization drives for the poliovirus after their family turned away vaccinators while the other child got some oral doses in SIAs.

A detailed investigation into why the children contracted the virus is underway, officials said. In June 3, the health ministry had reported polio case in a 20-month-old infant in Miranshah area.

All the 10 children confirmed with wild polio as of June this year belong to North Waziristan, where more cases are expected following polio outbreak and high refusal rates and instances of finger-marking without vaccination during campaigns.

Prior to the first poliovirus case reported earlier this year in April, Pakistan had spent 15-months without detecting a single case of the virus, the longest such period in its history. In December last, UNICEF had signaled of polio eradication in Pakistan after only a single case was reported in year of 2021.

With Monday’s confirmation, it takes the global tally of wild polio cases so far this year to 11. Ten of them have been reported from Pakistan.