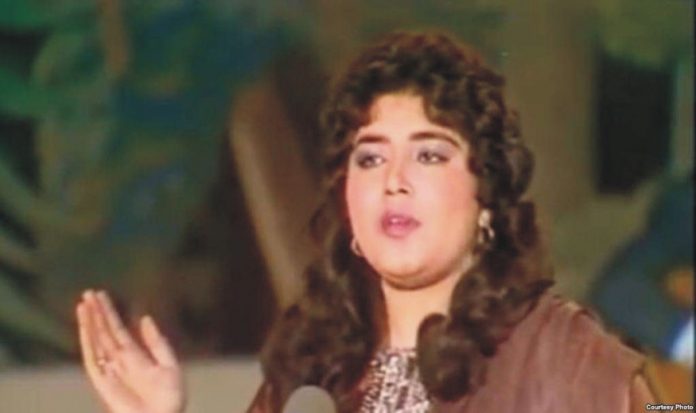 Talking to Media here on Sunday, Shakila Naz who has been nominated for presidential ‘Pride of Performance’ award on August 14, 2021, said that she has earned name in the field of singing across the globe especially in Pakistan and Afghanistan.

Shakila Naz said that she has good wishes for Afghan female singers who migrated Pakistan as the situation is not good for music in Afghanistan that is why she decided to teach them musicology.

Shakila Naz said that the government of Afghanistan has also given huge respect to her by conferring one of its prestigious awards, Milli Dranaway Award-(National Award of Honour) to her at Bagh-e-Babur in Kabul on August 19, 2020. The known singer said she could not explain in words the love and respect she received in Afghanistan.

The award conferred by Afghanistan is regarded by me as a big honour, Shakila remarked while recalling here visit to Afghanistan.

Born in Par Hoti, Mardan district of Khyber Pakhtunkhwa in March 1964, Shakila Naz started singing when she was only 11. She started her artistic career from Pakistan Television Peshawar Center in the year 1984.

She has sung hundreds of songs from the platform of Pakistan television, most of which have become classics and has gained worldwide fame. From 1984 till now, she has also given great performances on Radio Pakistan and on stage as well.