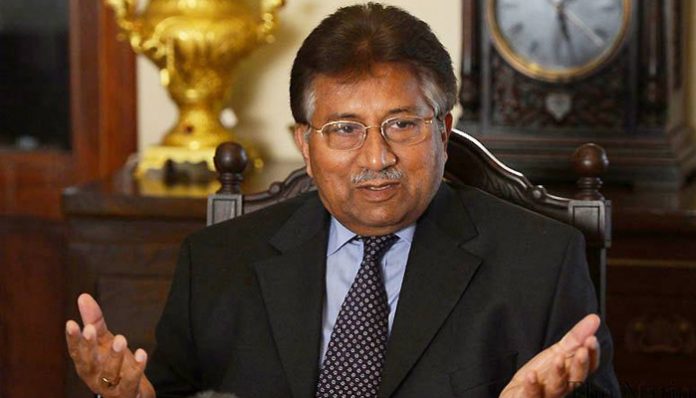 ISLAMABAD: Supreme Court (SC) on Tuesday has assured to not arrest former president Pervez Musharraf in any case until he appears in the court.
During the hearing of National Reconciliation Ordinance (NRO) case, defence lawyer Akhtar Shah told that his client Musharraf is suffering from some serious disease.
The court has ordered the lawyer to submit reply regarding ex-military official’s return to Pakistan till October 11.
Earlier, Chief Justice of Pakistan (CJP) Mian Saqib Nisar had assured to provide Rangers security to Musharraf on his arrival in Pakistan and also directed authorities concerned to facilitate him with the doctor of his choice.
Pervez Musharraf would not be questioned about assets, said CJP.
Responding to a question related to Musharraf’s return, defence lawyer said that his client is not a cowardly man and that he respects court and all the state institutions.
It merits mentioning here that all graft cases against Pakistanis were shelved in 2007 after the then attorney general Malik Qayum wrote to the Swiss authorities following the promulgation of the NRO by then president of Pakistan Pervez Musharraf.