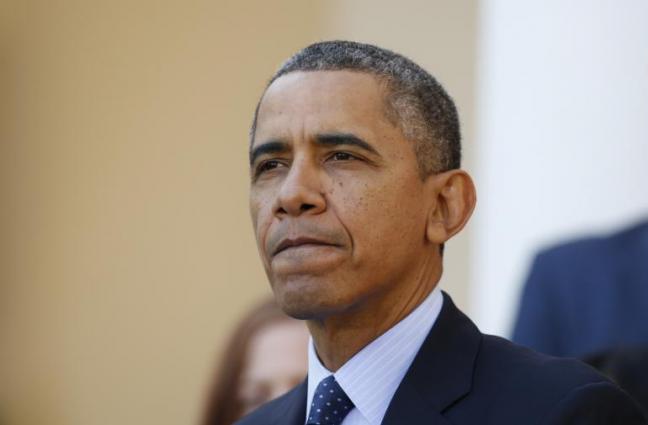 Washington: President Barack Obama has approved giving the NSA wider powers to spy on Internet traffic in search of computer hacking by foreign governments or others, US media reported Thursday, citing classified documents.
The expanded authority was granted by the Justice Department in two 2012 memos that permit the powerful National Security Agency to sift through online data without a warrant to uncover possible malware or other cyber intrusions linked to foreign powers, according to the New York Times and ProPublica.
The report was based on documents leaked by former NSA contractor Edward Snowden, who remains wanted on espionage charges over his explosive disclosures on the agency´s far-reaching spying.
The Justice Department permitted the spy agency to track addresses and patterns that it could trace back to foreign governments.
But the department also allowed the NSA to spy on a particular online target as long as they were linked to "malicious cyber activity" and not clearly tied to a foreign power, according to the documents, posted online by the Times.
Skeptics of the NSA say any strengthening of the agency´s spying authority should be openly debated instead of enacted secretly.
According to civil liberties advocates, the enhanced spying authority could push the agency into areas traditionally reserved for domestic law enforcement agencies. And that could represent a potential breach of the agency´s designated role as exclusively focused on gathering foreign intelligence.
But officials said the move was necessary to counter a cyber threat that National Intelligence Director James Clapper has portrayed as "increasing in frequency, scale, sophistication and severity of impact.
"Against that backdrop, it should come as no surprise that the US government gathers intelligence on foreign powers that attempt to penetrate US networks and steal the private information of US citizens and companies," said Brian Hale, spokesman for the Office of the Director or National Intelligence
"As we´ve publicly stated, targeting overseas individuals engaging in hostile cyber activities on behalf of a foreign power is a lawful foreign intelligence purpose.
It remained unclear what criteria the NSA would apply to select potential targets for surveillance, as uncovering the source of computer hacking is notoriously difficult.
The report revealing broader NSA spying came as government surveillance faces tougher scrutiny and a renewed public debate about how to balance privacy rights with security.
Lawmakers this week voted to place some limits on the NSA´s spying, adopting legislation to end the government´s dragnet of bulk telephone data. It marked the first time since the 9/11 attacks that the US government´s surveillance was restricted.