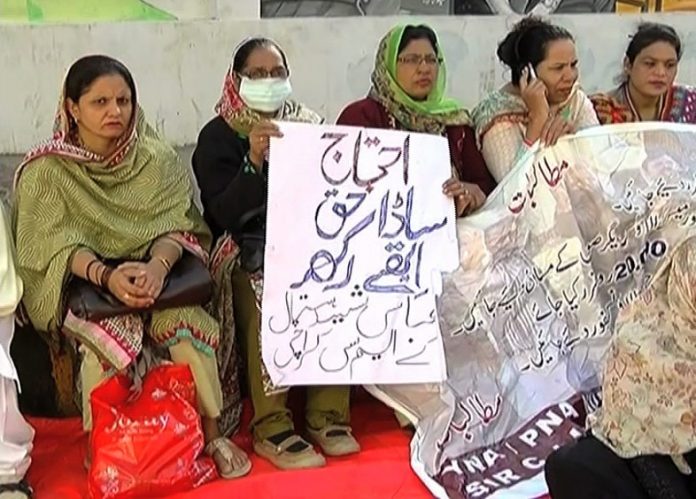 KARACHI: Nurses from several government hospitals in Karachi continued to protest non-provision of allowance on second day (Wednesday).
The nurses are demanding to equal their pay and allowance with that of Punjab.
The protesters also seek provision of health allowance, risk allowance and time scale promotion.
Additional Secretary Health, Aslam Pechuho tried to hold talks with protestors yesterday however the nurses refused to meet him.
They say that negotiations will only be made with secretary health.
The protestors were of opinion they would pursue their protest unless and until their demands are met.