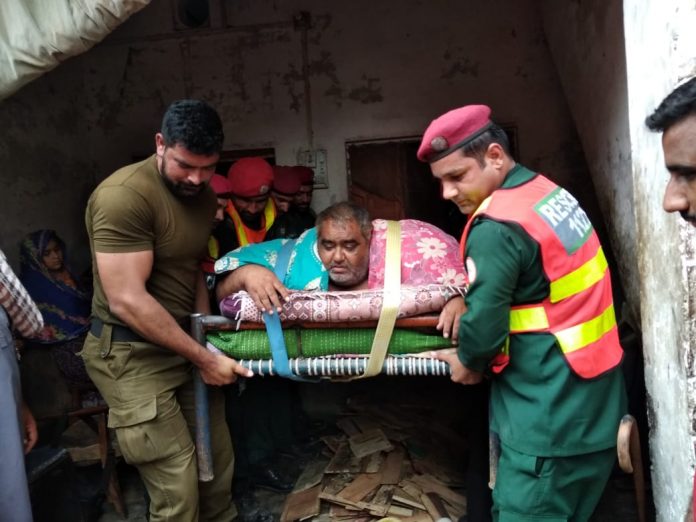 LAHORE: An obese man Noorul Hassan who underwent a successful laparoscopy in Lahore passed away Monday morning, 10 days after his surgery.
Noorul Hassan weighed 330 kilogrammes and had made a public appeal for help. He was shifted to Lahore from Sadiqabad in a helicopter and underwent a successful one-and-a-half-hour surgery at Lahore’s Shalimar Hospital on June 28.
Rescue 1122 workers had to break the door and wall of his house to lift him out.
Hassan was operated on by Dr Maazul Hassan, a top laparoscopic surgeon, who confirmed his death. He said he was still in the ICU and had been undergoing tests.
A special medical board had been formed for his treatment.
At the time of his death, the ICU staff had been called to another ward of the hospital because the family of a deceased pregnant woman had caused a disturbance. His family says he had a heart attack.