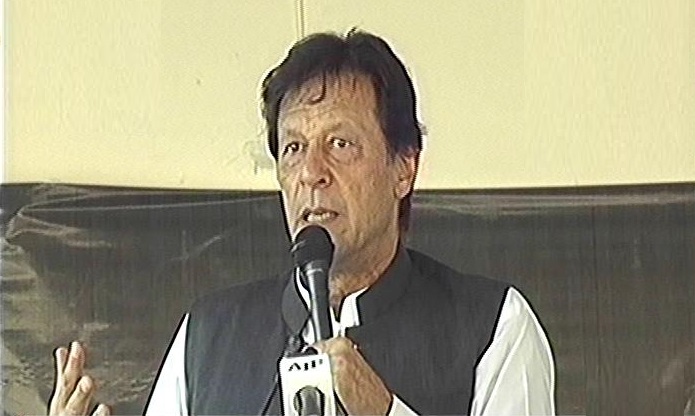 MUZAFFARABAD: Prime Minister Imran Khan says Indian Occupied Kashmir has become an issue of humanity as a result of illegal acts taken by the Indian Government.
Addressing a mammoth gathering in Muzaffarabad this afternoon, he said the people of Indian Occupied Kashmir, including women, children, and elderly, have been living under constant curfew for last 40 days.
He said only a coward person like Narendra Modi can take steps to besiege the population. He said Narendra Modi and RSS, an extremist Hindu outfit, are taking steps reminiscient of Nazi Germany.
He said despite all tyranny Indian government will not succeed as Kashmiris have shed the fear of death.
Imran Khan said Narendra Modi has been a member of RSS since childhood. This party was founded on the principle of India for Hindus only and hate against Muslims.
The Prime Minister said he will raise the voice of Kashmir at all the international forums, including UN General Assembly as an ambassador of Kashmiris.
Imran Khan said the atrocities being committed by the Indian forces against Kashmiris will lead to extremism.