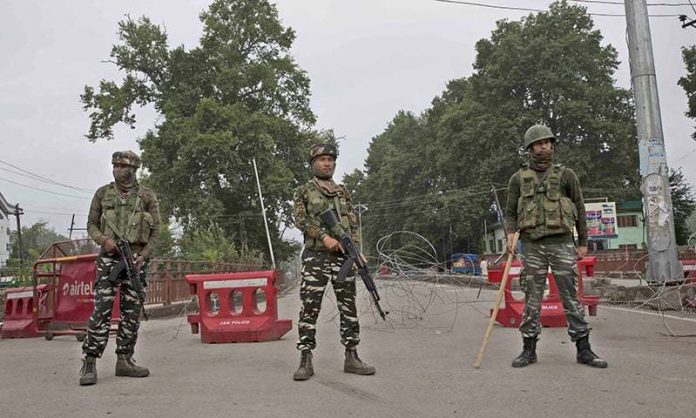 SRINAGAR: In occupied Kashmir, the authorities continue to impose strict curfew across the Kashmir valley on the 14th consecutive day today to prevent people from holding demonstrations against India’s move of abrogating special status to Jammu and Kashmir.
However, people defied curfew and came out of their houses in Srinagar on Saturday and protested against abrogation of the special status of Jammu and Kashmir by the Indian government.
Several people were injured including six of them critically when the troops used force and fired pellets and bullets on the protesters.
The authorities also continue to impose information blockade as TV channels and internet links remain snapped and restrictions on media continue since 5th August.
Almost all Hurriyat leaders, including Syed Ali Gilani and Mirwaiz Umar Farooq have been put under house arrest or in jails.
Due to severe blockade, a famine-like situation is emerging as people are facing severe shortage of essential commodities including baby food and life-saving medicines and occupied Kashmir represents a humanitarian crisis in all its manifestations.