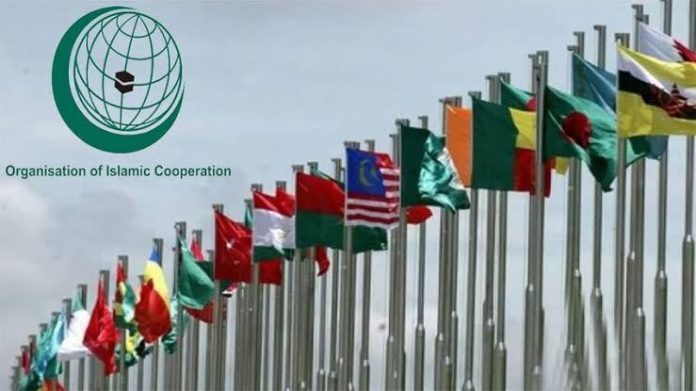 RIYADH: The Organisation of Islamic Cooperation (OIC) has decided to convene a meeting on the grim human rights situation in occupied Jammu and Kashmir and enactment of an anti-Muslim law in India, according to a media report on Saturday.
According to the report, the ministerial level OIC meeting is expected to be held in Islamabad in April 2020. The development comes after Saudi Foreign Minister Prince Faisal bin Farhan Al Saud’s maiden visit to the country earlier this month during which he extended Riyadh’s “steadfast support to Pakistan’s core national interests” including the OIC’s greater role in the Kashmir dispute.
The visit of top Saudi diplomat had come against the backdrop of the recently concluded Kuala Lumpur Summit, which Pakistan skipped after Riyadh expressed it concerns and viewed it as an effort by Turkey, Malaysia, Iran and Qatar to create a new Islamic bloc.
Islamabad defended its decision to pull out of the summit saying that it wanted to maintain “neutrality” and play the role of a bridge in the Muslim world. The report claimed that the official communique of the meeting will specifically mention the human rights violation in Indian Occupied Jammu and Kashmir and the passage of Citizenship Amendment Bill, which is fundamentally discriminatory against Muslims in India.
At least 25 people have been killed since the protests began earlier this month against the citizenship legislation, which makes it easier for members of religious minorities from India’s Muslim-majority neighbours – Afghanistan, Bangladesh and Pakistan – who settled in India before 2015 get citizenship but does not offer the same concession to Muslims.
Insiders said the meeting will push India’s Prime Minister Narendra Modi to lift the curfew in IOK — in place since August 5 when New Delhi revoked its special status in a bid to convert the region’s Muslim majority into minority. The forum would also put pressure on the Modi government to protect the rights of the Muslim community in India.