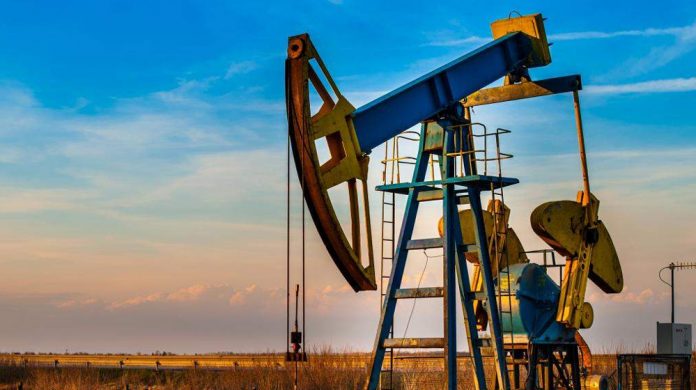 SINGAPORE: Oil extended gains in Asia Tuesday on signs of improving demand as coronavirus-hit major economies begin to ease strict curbs and as top producers slash output.
US benchmark West Texas Intermediate for June delivery was up 7.26%at $21.87 a barrel in morning trade.
The contract ended about three percent higher in New York overnight, rebounding from losses earlier in the day.
International benchmark Brent crude for July delivery was changing hands at $28.25 a barrel, up 3.86 percent.
“Oil fundamentals are finally showing signs of improvement, and prices are reacting positively,” said AxiCorp global markets strategist Stephen Innes.
“Supplies have started to decline quickly, with signs of demand improving even as major economies are in the nascent stages of reopening.”
Oil markets have been in turmoil for weeks as the virus strangles demand due to business closures and travel restrictions, with US crude at one point falling into negative territory for the first time.
Prices staged a massive rally last week, with WTI surging 25% two days in a row as top producers started slashing output in line with a major deal, and on signs of improving demand.
Economies from Asia to Europe have started easing restrictions as the virus crisis passes its peak, helping to boost crude demand.
Meanwhile a deal among top producers to reduce output by almost 10 million barrels a day came into effect last week.
ANZ Bank said the market was lifted by “hopes that the worst is behind it following the devastating level of demand destruction due to COVID-19”.
Energy data provider Genscape said stockpiles at the main US oil depot in Cushing, Oklahoma had increased by only 1.8 million barrels last week following weeks of major rises.
ANZ however cautioned that “the market is still struggling to find a balance amid weak demand”. …Agencies