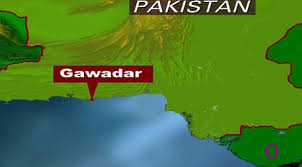 GAWADAR: At least two official of the Pakistan Navy were martyred and three others injured in attack on their vehicle in Jiwani area of Gawadar on Monday.
According to a spokesman for the Navy , some unknown armed men opened firing at the vehicle of the Pak Navy, in which two officials were martyred and three others injured. He said that the injured were being shifted to Karachi.