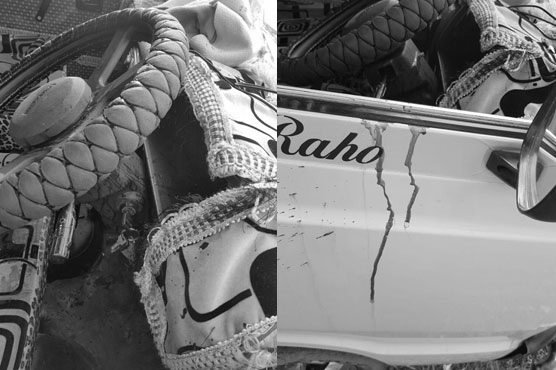 RAWALPINDI: Indian forces on Thursday targeted van carrying school children across the Line of Control (LoC) in Battal sector, media cell of the Pakistan Army told.
ISPR said, “Indian unethical and unprofessional approach across LOC continues terrorising civilians.” ISPR added that the van of school children were target along the Working Boundary in the Battal sector which is a violation of Geneva Convention & ceasefire understanding.
One person was martyred in the LoC firing. The van driver succumbed to injuries and embraced shahadat, ISPR said.
A school girl who was inside the targeted van described the scenes saying the children were frightened when Indian forces across the border opened fire at their van. She told that their driver was shot by a bullet and started bleeding. “We all started screaming and there was no one to help us. People gathered there after a long time,” she added.
The student of Government Degree College told that the incident took place in the sector, adding that they were heading from Dharamsal to Battal sector.
In October 2017, an eight-year-old boy lost the battle of his life when he was struck by firing of Indian forces across LoC. The occupational Indian forces in the Kashmir valley had targeted children living in civilian population and injured four kids who were treated at Nakiyal THQ hospital.
According to Foreign Office press briefing this month, Indian forces have carried out more than 190 ceasefire violations along the LoC in 2018 alone, martyring over 13 civilians with 65 others injured.