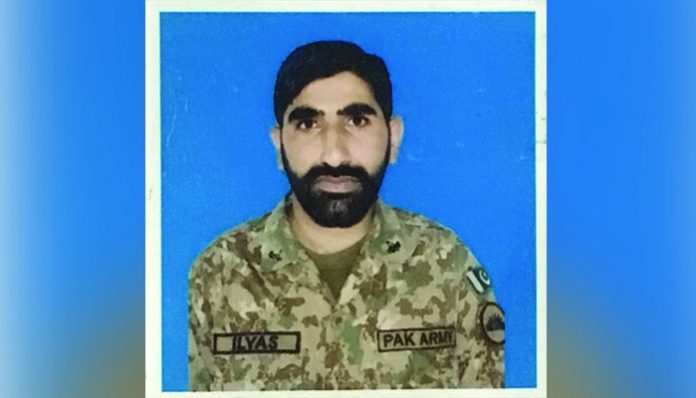 RAWALPINDI: One soldier Muhammad Ilyas was martyred during an exchange of fire with terrorists in Rajgal area of Khyber Agency on Thursday, said a statement issued by Inter-Services Public Relations (ISPR).
According ISPR, terrorists opened fire at multiple places at the newly established Pakistani posts in Rajgal Valley, exploiting the absence of any control in Afghan border areas.
The ISPR added that the Pakistan Army responded effectively and there were reports of five terrorists killed and four injured.
It merits mentioning that that Pakistan Army has launch Operation Khyber-4 under Radd-ul-Fasaad (RuF) to wipe out terrorists in the Rajgal Valley area of Khyber Agency in July 2017.
Director General ISPR Major General Asif Ghafoor had announced during a press conference that DA’ISH has increased its influence on the Afghan side and objective behind the operation is to check their cross border intrusion to carryout terrorist activities on our side of the border.