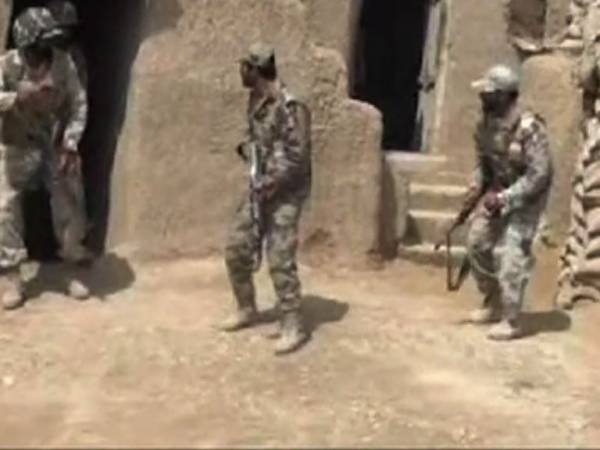 QUETTA: A terrorist was gunned down and 11 others were nabbed in Intelligence Based Operations (IBOs) by Frontier Corps in different areas of Balochistan.
According to Inter Services Public Relations (ISPR), FC Balochistan conducted IBOs in Quetta , Sherazi/Sanny Sibi and Khahan areas of Balochistan under Operation Radd-ul-Fasaad.
A terrorist was killed and 11 others were arrested in the crackdowns.
The security forces recovered cache of arms and ammunition including RPG rockets, Sub Machine Guns, Mines, explosive and ammunition.