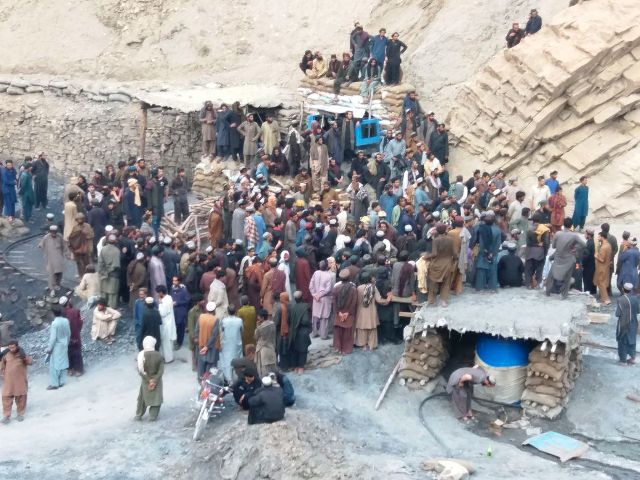 QUETTA: At least one coal miner was killed and three injured when a mine collapsed in Harnai district of Balochistan on Friday.
According to reports, the miners were extracting coal when suddenly the mine collapsed, leaving all four miners trapped inside.
The rescue workers launched a rescue operation and retrieved all the four miners after five hours. However, one of them died on way to hospital, while the remaining three were admitted into Harnai hospital. The dead miner was identified as Hakeem — a resident of Sanjavi Chauteer valley .