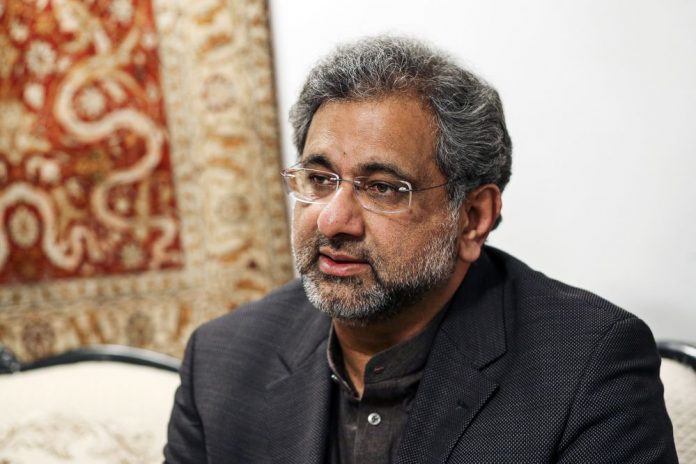 ISLAMABAD: Pakistan Muslim League-Nawaz leader and former prime minister Shahid Khaqan Abbasi said on Tuesday that the video of the judge was only present and the party didn’t blame anyone.
The PML-N leaders were addressing media, where Shahid Khaqan Abbasi said that the government has conducted the forensic of the video.
He said that the notice of the video will be taken by the court only.
Abbasi said that it is better that people come to know the reality behind accountability and when justice becomes suspicious then a nation cannot progress.
He added that the National Accountability Bureau will not do anything about the issue with BRT project.
PML-N leader Ahsan Iqbal was also present at the conference and said that his party is the only one fighting to save the institutions.
Earlier, the PML-N leader released a video clip purportedly showing an accountability court judge allegedly admitting to a lack of evidence against former Prime Minister Nawaz Sharif in the Al-Azizia Steel Mills reference. In December, the accountability court judge had sentenced Nawaz Sharif to seven years in prison in the same corruption case.