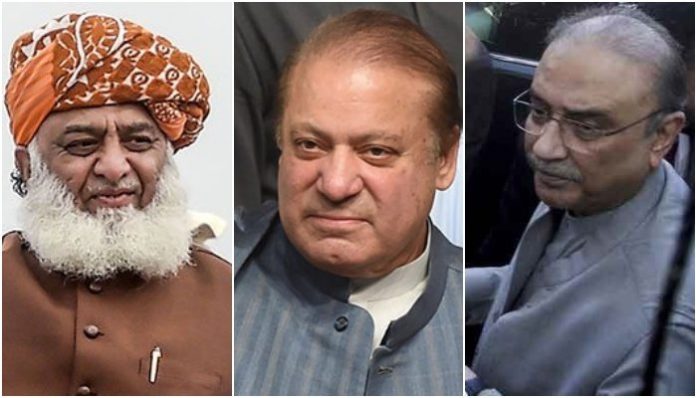 According to party sources, the three leaders reached the consensus that it was time for fresh polls and Prime Minister Imran Khan must resign immediately.

Thanking both party leaders for their support for Gilani’s victory as the joint PDM candidate, Zardari said that the anti-government alliance, the PDM, ensured the defeat of the PTI candidate and exposed the government with its political strategy.

“The government members are in contact with us as they are fed up with the [PTI leadership],” Zardari reportedly told them.

The leaders mutually decided that the nominee for the Senate chairman slot would be decided after consultations with the PDM member parties.  Meanwhile, PPP Chairman Bilawal Bhutto Zardari also called the opposition leader in the Punjab Assembly, Hamza Shahbaz, and thanked him for PML-N’s support for Gilani in Senate polls.