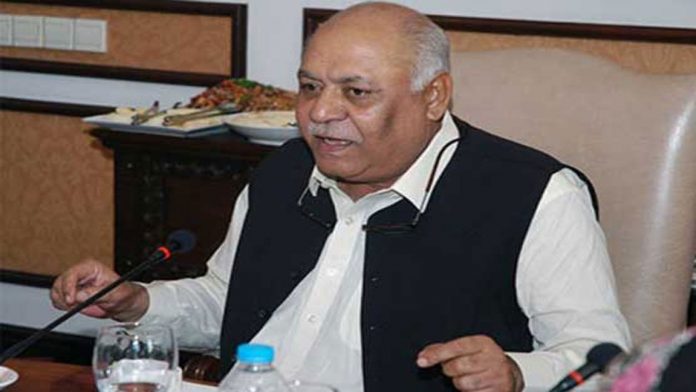 ISLAMABAD: The opposition parties Thursday nominated Hasil Bizenjo of National Party (NP) for the post of Chairman Senate.
The decision announced by convener of the Rehbar committee of the opposition parties, Akram Khan Durrani, during a press conference along with other members after a meeting.
The opposition parties had submitted a no confidence motion the other day against incumbent Chairman Senate Sadiq Sanjrani.
According to reports, Pakistan Muslim League-N supremo Nawaz Sharif had approved the name of National Party’s Hasil Bizenjo as the unanimous candidate for the post of Senate chairman.
Hasil Bizenjo has served as former federal minister for ports and Shipping.
The no-trust motion was signed by 44 senators, the opposition Pakistan People’s Party’s (PPP) Sherry Rehman said.