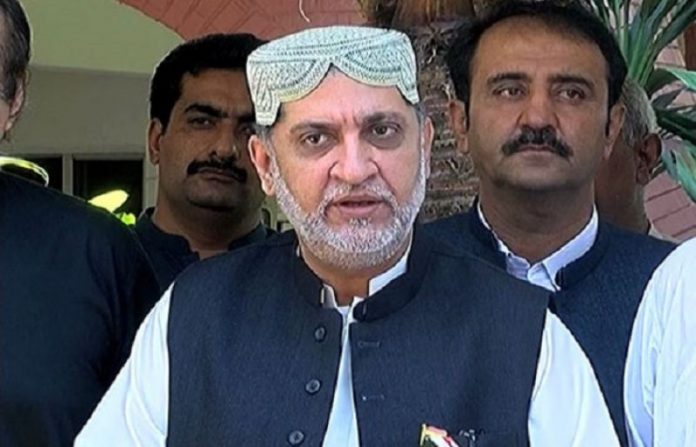 ISLAMABAD: The opposition parties alliance has invited Balochistan National Party-Mengal to join the anti-government coalition.
BNP-M leader and former chief minister of Balochistan, Akhtar Mengal talking to media said that his party had presented its demands before the government but it has failed yet to fulfill its promises.
“Our demands are related with development works in Balochistan and political issues,” Mengal said. “It is likely we part our ways from the government in future,” he added.
“We have also put the issue of missing persons before the government,” he further said.
People’s Party leader Raja Pervaiz Ashraf, talking to media said that the country is presently passing through a difficult phase. “We will set our future line of action after holding consultations with other opposition parties,” the former prime minister said.
Recently, the media reports said that the differences between the coalition partners, BNP-M and Pakistan Tehreek-i-Insaf (PTI), were resolved after acceptance of BNP-M’s terms by the ruling party.
A meeting was held between delegations from both sides where the ruling party assured to release funds for mega projects of Balochistan including the power sector, construction of dams and roads in the province.
The government delegation which held talks with BNP-M included Pervez Khattak, Qasim Suri, Khusro Bakhtiar and Arbab Shehzad, whereas, Akhtar Mengal, Asim Baloch, Jehanzeb Jamaldini and Hashim represented BNP-M.
A committee was also formed comprising Pervez Khattak, Qasim Suri and Arbab Shehzad in order to implement the decisions.
It must be noted that Sardar Akhtar Mengal, earlier had made it clear that his party’s alliance with the government will terminate in August as it will be free to part ways with it since the agreement inked for the period is ending.