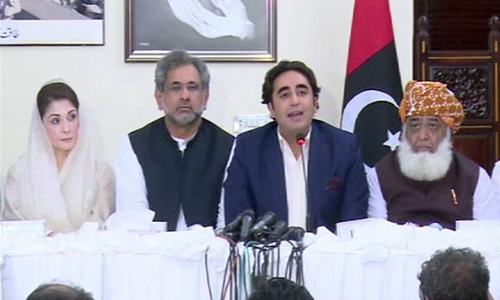 ISLAMABAD: Leaders of the opposition parties on Sunday announced their plans to “launch protests inside and outside the parliament after Eidul Fitr” and hold an All Parties Conference (APC) to “chalk out a joint strategy on how to tackle the problems facing Pakistan”.
The announcement was made by PPP chairman Bilawal Bhutto-Zardari at a press conference that followed an iftar-dinner he hosted at Zardari House in Islamabad and which was attended by a delegation of arch rivals-turned-allies PML-N and other major opposition parties. 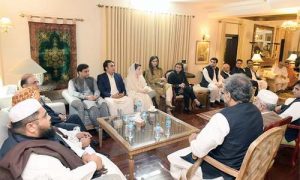