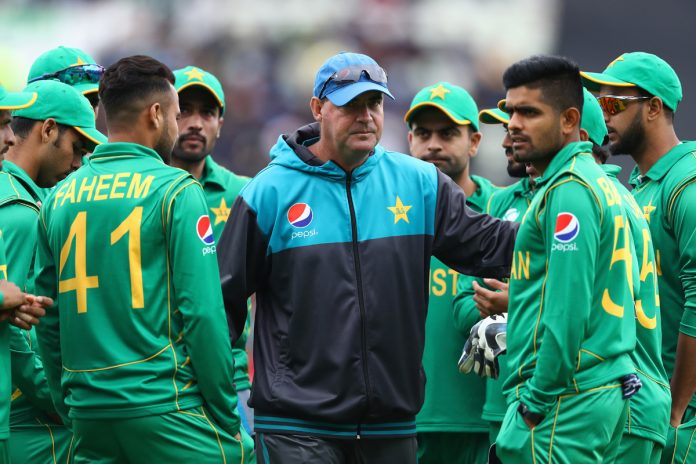 MANCHESTER: Pakistan coach Mickey Arthur on Saturday threw his weight behind embattled all-rounder Shoaib Malik, stressing that he expects the former captain to play a key role in Sunday’s big World Cup game against India here at Old Trafford.
Asked whether he was concerned over Malik’s poor form – the veteran player has failed to make his presence felt in his two World Cup outings – Arthur said that he doesn’t agree that the all-rounder has totally failed in the World Cup.
“I can tell you a guy that’s played over 200 ODIs, tomorrow presents a real opportunity for him. As far as I’m concerned, Shoaib Malik didn’t play the West Indies team because of balance of team. He batted in the last three overs against England and failed against Australia.
“So to say he’s failed, there’s not much of a barometer just yet. That will be determined over the next couple of games.
Arthur believes Malik is an important player for Pakistan.
“What I do know is Shoaib Malik brings a hell of a lot to our dressing room. He is an incredible team man. He has incredible skills, and I’m hoping that, on the biggest stage tomorrow, those skills come to the fore.”
Arthur is of the view that the 38-year-old Malik, who is expected to quit international cricket after the World Cup, adds valuable experience an otherwise young Pakistan team.
“Let’s not forget — I mentioned it in one of the previous questions — that is still a fairly young cricket team. Shoaib Malik’s experience, Mohammad Hafeez’s experience tomorrow will go a long way out in the middle to help these young boys through it.”
While Arthur gave his full support to Malik, the facts remains that Malik has shown signs that he is ready to contribute big towards the team’s cause. His record in England is poor (he averages 13.57 here). He has scored just 53 runs in his last four innings. Pakistan like to point out his excellent track record against India but that is a thing of the past. In the second half of his career, he hasn’t done well against the Indians and has scored just one fifty in nine innings since 2010.