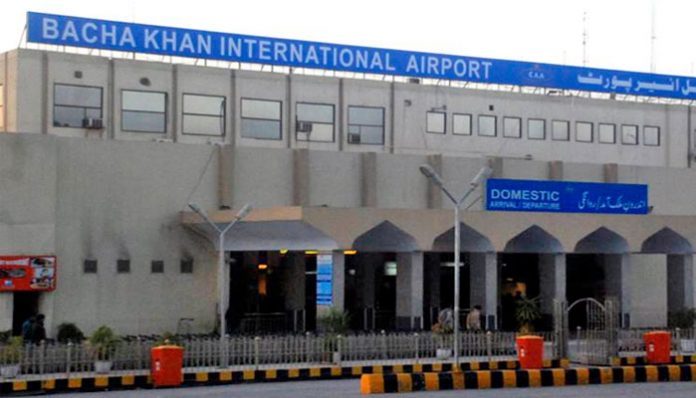 PESHAWAR: Over 240 stranded Pakistanis in Qatar have landed at the Bacha Khan International airport Peshawar on Friday.
Qatar Airways flight no -QR 602 landed at the Bacha Khan International airport Peshawar.
Upon landing at the Peshawar airport the flight was disinfected and the passengers went through a screening process and later were shifted to the quarantine facility.
At least 200 more passengers who landed at Peshawar airport through special flights have tested positive for coronavirus, raising alarm among the authorities.
According to Civil Aviation Authority (CAA) focal person, those who had tested positive were among the 1200 passengers who returned recently from abroad via special flights at Bacha Khan International Airport, Peshawar.
“We still await the results of over 700 passengers,” the CAA official had said on Thursday.
The focal person further had said that the chief medical officer of the CAA and two supervisors were also among the virus-affectees.
He, however, said that it would not affect the flight operations at the airport as they had made alternative arrangements.